What to Do When Someone Is Mad at You? 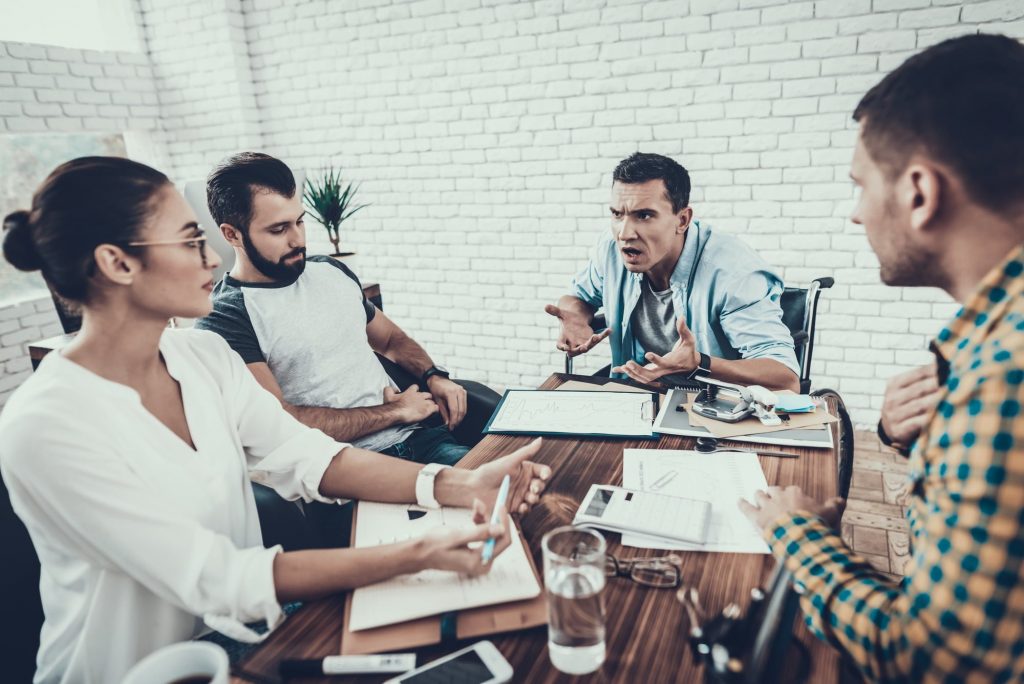 Have you ever had the experience of telling someone that you couldn’t do something, only to have them become mad at you, or disappointed with you?

Did you stand tall with the boundary you had set?

Or did you find yourself back pedalling in an attempt to make amends?  Or maybe vehemently arguing your point of view, to no avail?

I have found myself back pedalling at Olympic speed more times than I would like to admit.

I pride myself on getting along well with others.  Relationships are important to me.  When people express anger or dissatisfaction towards me, it can be a short leap to feeling not good enough.  This is particularly true if I am in a space in life where I am feeling tired, stressed, or unbalanced.

Not feeling good enough often leads to me feeling guilty.  When I am in this particular, unbalanced headspace, historically, when someone expresses disappointment in me, my next step has been to prioritize repairing or maintaining the relationship over simply leaving space for another person’s disappointment.  This means revising whatever I have just said I didn’t want to do – often without even realizing that, in the process, I am entirely sacrificing my own needs.

Interestingly enough though, I don’t always back pedal.  Sometimes, I press on the gas as long and as hard as I can.  Still at Olympic speed, but this time, in the other direction.  Instead of backing away from the issue, I plow forward with as much power as I can, in an attempt to justify my position.  This tends to be my more common reaction with people who express anger towards me.  Instead of backing down, I pull together every last argument I can find to justify and explain my decision.

The problem is that, in neither of these scenarios is anyone truly listening to the other person.

Communication is hard.  I should know.  It’s my area of expertise as a former Speech-Language Pathologist who now teaches corporate communication strategies through workshops.  And yet, like many people out there, I find myself struggling to remain receptive in certain interactions.  Because, at the end of the day, we are all just human.

With time, life experience, a huge mountain of life-changing books, and much self-reflection, I have come to realize that part of what has historically held me back from standing my ground was that I have a difficult time being around certain emotions, such as anger and disappointment.  Not only do I have a difficult time being around certain emotions, but I also have a tendency to take on responsibility for others’ emotions.  So if you are feeling angry and we just spoke, I can feel responsible for your anger, and likely feel a need to fix it, since I don’t like being around it.  Cue Olympic back-pedaling or plowing forward.

The thing is… (and gosh, I wish I had realized this as a child…), we are not responsible for anyone’s emotions except our own.  Now, this may not be much of a revelation for some of you out there.  But for me, this discovery was an Oprah-esque ‘Aha!’ moment like no other.  The realization that I do not need to do anything to relieve someone else of their difficult emotions was life-changing.

As it turns out, the only thing that I needed to do was to learn to become comfortable tolerating difficult emotions – both my own and those of others.  This gradually curbed my instinct to attempt to immediately relieve the uncomfortable sensations that came with simply being with, and acknowledging these feelings.  This ability to tolerate difficult emotions ultimately led me to no longer need to change the boundary I had set, in an attempt to return someone else (and consequently, myself) to a calm state.  I no longer felt the need to justify the decisions I was making, in an attempt to sway the other person’s perspective, to leave them feeling contented with me.  I became ok with people not being ok with me all of the time.

When someone is angry at us or disappointed in us, we don’t necessarily have to do anything other than to be able to sit with and explore their feelings.

This shift was not easy for me.  It was uncomfortable.  It still is at times.  But becoming more comfortable feeling uncomfortable has allowed me to leave others to manage their own feelings, freeing up more space for my own.

We all have unconscious patterns of relating to others and to the world around us, based on previous life experiences.  The good news is that we can change these patterns, by becoming consciously aware of what our patterns are, and when we are most prone to falling into these old patterns.  The first step is simply awareness.

As you walk about your work day, interact with friends, or play with your children this evening, pay attention to how you respond to different messages.  What emotions leave you itching to become an Olympian?  And how does it feel to try to simply sit with those uncomfortable feelings and to make space for them?

Find Balance By Saying Yes to You First

Little Cabin in the Woods

Setting Boundaries and Sticking to Them

Lindsay Lapaquette, M.Sc.(A) works with middle managers who want to communicate authentically so they can effectively lead their teams without losing themselves. As a former Speech-Language Pathologist, Lindsay applies her expertise in the neuroscience of communication and connection to help managers foster an environment of trust and respect in their teams, so that everyone can bring their best selves to work.

Lindsay’s approach has been profoundly influenced by her work with First Nations organizations, her experience as a parent to two neurodivergent children, and the premature loss of both of her parents. These experiences have taught Lindsay great lessons about the power of excellent people skills that extend well beyond her professional expertise.

Lindsay Lapaquette, M.Sc.(A) works with middle managers who want to communicate authentically so they can effectively lead their teams without losing themselves. As a former Speech Language Pathologist, Lindsay applies her expertise in the neuroscience of communication and connection to help managers foster an environment of trust and respect in their teams, so that everyone can bring their best selves to work.

Lindsay’s approach has been profoundly influenced by her work with First Nations organizations, her experience as a parent to two children with pervasive mental health challenges, and the premature loss of both of her parents. These experiences have taught Lindsay great lessons about the power of excellent people skills that extend well beyond her professional expertise.

From workplace conflict and confrontation for good this time!

It’s time to stop letting conflict rule your life and learn to use your resentment to fuel change.

This FREE e-course will help you let go of your need to keep other people happy and step into your personal power.