Why Blaming Doesn’t Work and What You Can Do Differently 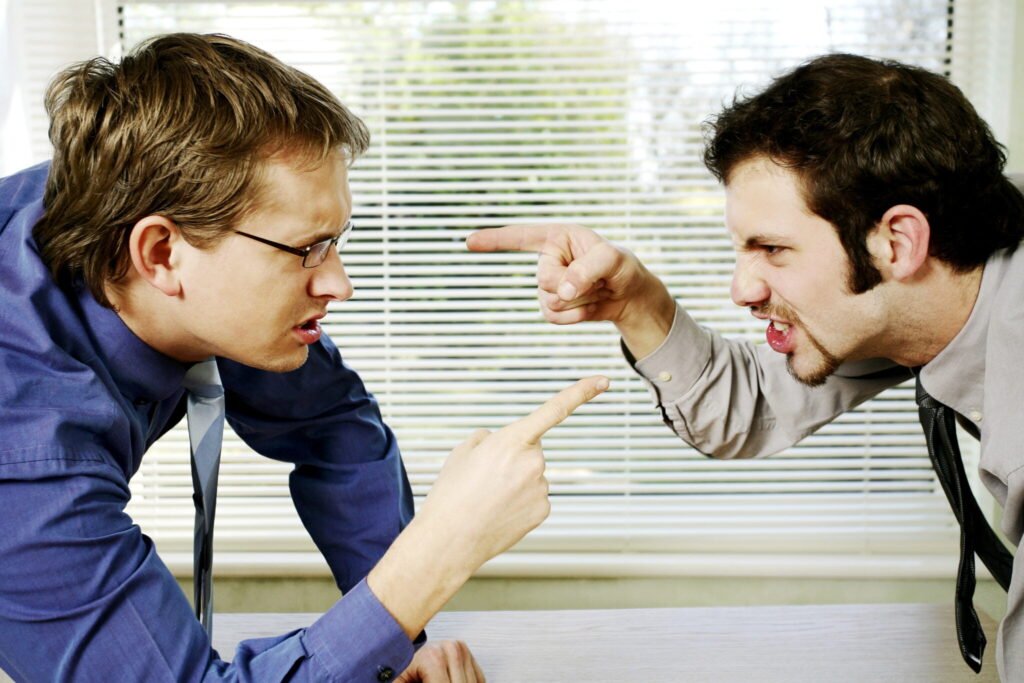 Have you ever gotten so frustrated, so upset that you immediately blamed someone else for the situation?  Even if you already knew that blaming doesn’t work?

Be honest with yourself now…

It’s happened to all of us.

I know that I’ve certainly been guilty of it more times than I’d like to admit.  Ranging from anything from dirty socks on the floor to workplace communication challenges that led to difficulty collaborating on a project.

I’ve definitely had my moments of jumping right to blaming someone else for something I’m upset about.

But the reality is that blaming doesn’t work.  It makes us feel better for a split second.  But it won’t lead to a resolution of the situation.  It definitely does not help us resolve problems so that the same problem doesn’t keep happening again… and again… and again.

Let’s take a look at why blaming doesn’t work and what we can do differently instead.

Think of a situation in your life when you were really frustrated.  A time when your stress levels were high and your immediate inclination was to blame someone else for something you were upset about.

Perhaps it was a work project that wasn’t advancing the way you wanted it to.  Maybe you suddenly found yourself looking at the ways in which others hadn’t fulfilled their roles and expectations to pull the project together on the expected timeline.

Maybe someone dealt with a situation differently than you would have and a client was upset with the outcome.  Your thoughts immediately went to how this wouldn’t have happened if you’d been in charge.

There are all sorts of times when blame pops up as an immediate reaction.

I mean… sometimes it actually is the other person’s fault.

So why shouldn’t they be held accountable?

Simply put: blame and accountability are not the same thing and don’t get the same results.

When we blame someone, the person immediately feels defensive.

Think about it.  Think back to a situation when you were the person being blamed.  Do you remember your response?  Were you ready to dig in to discuss the issue?  Or was your immediate reaction to try to explain away responsibility for your part?

I’m pretty good at accepting responsibility and admitting to my own wrongdoings.  But there are times when I find myself defending my actions, even when I know that I did contribute to the situation.

Whether I find myself feeling defensive or able to immediately accept responsibility for my contribution depends a lot on how the other person approaches the situation.

When someone is seeking to blame rather than to understand, our instinctual protective response is to defend rather than accept responsibility.

When someone is blaming, they’re pushing the entire responsibility for the situation onto the other person’s plate.  They’re not looking at what they may have also contributed to the situation.  They want you to fix it, now.  Or promise that it will never happen again.  Simple as that.

Our instinctual response tends to be to push that plate right back across the table at the other person the second we’re blamed.  We tend to immediately defend against the perception that we’re at fault.  We instantly go to either deflecting all blame entirely, or to pushing the blame back onto the person accusing us of wrongdoing.

Do you see the problem here?

Even in situations where we’d normally be willing to admit responsibility, blaming makes the situation much more emotionally charged.  Our ego and identity get wrapped up in the idea of having to admit that we’re wrong.

It becomes that much harder to simply admit that we were wrong.

So let’s think back now again to those times when you’ve been the one blaming.

It immediately sets the dynamic up in a way that highly reduces the chances that you’ll have a good, open conversation about the situation.

You’ll blame.  The other person will defend.  You’ll blame some more.  They’ll defend some more.  Again and again until everyone eventually leaves feeling frustrated.

The best way to step out of these patterns involves two simple steps:

Start paying attention to your own patterns of behaviour when you slip into blaming mode.  What is your emotional state?  How does this feel in your body?  What thoughts do you start having?  What happens right before that leads you to blame?  The more you can build your awareness of what contributes to approaching situations with blame, the more you’ll be able to shift these patterns.

Similarly, start noting moments when you are responding defensively.  This will help you step out of the dynamic that blaming leads to when you’re on the receiving end of it.

2. Choose to change your behaviours.

Once you’ve built more awareness around your own patterns of blaming and being defensive (and let’s face it… we all have these patterns to varying extents…), the next step is to realize in those moments that you need to approach the conversation differently.  You need to engage in ways that will lead to a more productive outcome.

What could you say that would allow you to approach the situation from a perspective of trying to understand?  Is there something you contributed to the situation that you need to take responsibility for?  What can be said to let the person know you don’t appreciate the way the situation is being addressed?  Do you need to take a break and revisit this conversation at a time when both parties are calmer?

Learning the skills needed to move away from patterns of blaming and defending opens the door to real conversations.  It enables us to better understand all of the different factors that may have contributed to a problem.  It helps us to find solutions that will truly work.

If you’re wondering if poor communication may be affecting your team’s performance, take this quick quiz to see how your team is doing.

How to Get Better Results from Your Employees

Lindsay Lapaquette, M.Sc.(A) works with middle managers who want to communicate authentically so they can effectively lead their teams without losing themselves. As a former Speech-Language Pathologist, Lindsay applies her expertise in the neuroscience of communication and connection to help managers foster an environment of trust and respect in their teams, so that everyone can bring their best selves to work.

Lindsay’s approach has been profoundly influenced by her work with First Nations organizations, her experience as a parent to two neurodivergent children, and the premature loss of both of her parents. These experiences have taught Lindsay great lessons about the power of excellent people skills that extend well beyond her professional expertise.

PrevPreviousHow to Ask for Clarification in an Email
NextWhat Is Micromanagement and Why Is It So Dangerous?Next

Lindsay Lapaquette, M.Sc.(A) works with middle managers who want to communicate authentically so they can effectively lead their teams without losing themselves. As a former Speech Language Pathologist, Lindsay applies her expertise in the neuroscience of communication and connection to help managers foster an environment of trust and respect in their teams, so that everyone can bring their best selves to work.

Lindsay’s approach has been profoundly influenced by her work with First Nations organizations, her experience as a parent to two children with pervasive mental health challenges, and the premature loss of both of her parents. These experiences have taught Lindsay great lessons about the power of excellent people skills that extend well beyond her professional expertise.

From workplace conflict and confrontation for good this time!

It’s time to stop letting conflict rule your life and learn to use your resentment to fuel change.

This FREE e-course will help you let go of your need to keep other people happy and step into your personal power.

Get the FREE e-course
PrevPreviousHow to Ask for Clarification in an Email
NextWhat Is Micromanagement and Why Is It So Dangerous?Next