I work with organizations who want to elevate team performance by refining leadership communication skills.

Managing Someone Who’s Older Than You

Have you ever been in the position where you’ve either been promoted or started a brand new position and suddenly, you’re responsible for managing someone older than you?  Perhaps even someone who’s been at the company longer than you?

Yikes.  It can be an awkward situation to navigate!

Being brought into a new role where you have to manage someone older than you can sometimes go smoothly.  But you may find yourself faced with someone who doesn’t respond well to your leadership.

It you end up managing someone who has the attitude “I’ve been here longer than you, I’m older than you, I know more than you” things are bound to get tricky.

It sets a tone where both parties easily find themselves vying for authority.

You know, like those matches you had with your two-year-old when they refused to go to bed and no matter what you tried, you were faced with a screaming match, night after night.

This can be particularly messy to navigate when you’re brand new to a role and are trying to establish your authority and competence while also getting all of the members of your team on board with your leadership.

Here are 3 tips you can try to help you be successful in managing someone older than you who’s giving you a run for your money.

Recognize that the person you’re managing may be feeling underappreciated and insecure. They may have hoped to get your job.

They may not be accepting you and are challenging you in your role because their ego is at play.

What often happens next is that because you’re being challenged, your ego gets called into the mix and you start to feel that you need to prove yourself.

The next thing you know, you’re both butting heads constantly, as each person jockeys to demonstrate how highly competent and valuable they are.

It’s a pattern that often plays out without us even realizing it.  Noticing the pattern gives you the power to choose to do differently.  To step out of this dynamic.

2. Avoid a battle of wills

While the child is simply trying to assert their identity and exert some control in their life, what tends to happen is that we get into a mindset of us against them.  You know the one: “She’s not going to win today. I’m gonna to let her scream as much as she wants, but I’m gonna to show her who’s boss.”

If you haven’t experienced these frustrations firsthand as a parent, you’ve undoubtedly heard similar stories from friends or family members.

The challenge is that even when we engage compliance by asserting our will over someone, we never truly win, even when the person does what we wanted.  Asserting your will through threats and consequences erodes trust and respect.  It ultimately sets you up to replay the same dynamic again and again and again.

This battle of the wills can be similar between a leader and one of their team members, particularly in the context where there is a lack of trust and respect.  The only difference is that, it’s much harder to assert your will on another adult than it is on a child.

Recognize when you’re getting into a battle of the wills and decide to step out of it.

(To be clear, I’m not talking here about not setting boundaries.  I’m talking about the challenges of using an authoritarian leadership style when managing someone older than you who doesn’t respect your leadership).

When you find yourself in a situation where you seem to be locking heads with someone time and time again, take it as a sign that you need to put more focus on building trust.

The best way to get someone on board to follow your leadership is to focus on building a solid and transparent relationship with the other person, not by trying to show them that they have to listen to you because “you’re the boss”.

Now, this doesn’t mean that you become that person’s best friend, that you drop your expectations of what they are supposed to do or that they don’t have to be accountable for their actions.

Your role as a leader is to demonstrate both empathy and authority.  The trick is knowing when to use each, which varies based on the person and the situation.  A clear sign that the balance is off is if you keep hitting the same problems and the same dynamics with the same person time and time again.

If you’ve tried the authority route and it just doesn’t seem to be working, throw in a splash more listening and empathy for a decent period of time and see if that helps at all (and I promise you that if it’s genuine and you keep it up, over time, it will).

Managing someone older than you is not always the easiest situation to find yourself in.  If you find yourself still struggling after implementing the above, you can book a complimentary 30-minute call, where we can brainstorm some solutions that are specific to the exact situation you’re dealing with.

How to Deal with Boundary Pushers

Lindsay Lapaquette, M.Sc.(A) works with organizations who want to invest in elevating team performance by refining leadership communication skills. Lindsay’s background as a former Speech-Language Pathologist, specialized in working with clients with social interaction challenges, brings a unique perspective that helps leaders and organizations get to the root of complex communication issues so they can save time, money and sanity.

Lindsay’s approach has been profoundly influenced by her work with First Nations organizations, her experience as a parent to two children with pervasive mental health challenges, and the premature loss of both of her parents. These experiences have taught Lindsay great lessons about the power of excellent people skills that extend beyond her professional expertise. 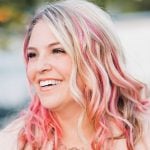 How to Navigate a Difficult Conversation

Are stressful interaction at work leaving you feeling frustrated or even exasperated?

Subscribe now to get your free eGuide as well as tips to on how to cultivate and sustain stress-free communication at work.

Get it here
PrevPrevious#031 – How to Communicate Trust Without Saying a Word with Pamela Barnum
Next#032 Unbroken: The Power of Forgiveness with Madeleine BlackNext